Since the pandemic lockdowns began in March, rules governing school meals have been waived so that school food service workers could make sure meals get to children who need them. Our members have been incredibly creative in making sure students stay fed—whether by deliveries at school bus stops or at outdoor distribution centers.

Despite these heroics by our essential workers, the U.S. Department of Agriculture planned to cancel its accommodations by the end of September and make it harder for schools to distribute—and for families to pick up—school meals. Now, under pressure from the AFT and our allies, the USDA has reversed itself and decided to extend the waivers until Dec. 31. It is a partial victory for students and their families.

Like nearly everything about the Trump administration’s response to COVID-19, this snafu never had to happen. The USDA had the authority to grant school meal waivers, but once again, Trump appointees had to be forced to do the right thing.

“Our country’s public schools have so many roles in addition to the academic ones,” says AFT President Randi Weingarten. “They have become places where millions of kids eat meals every day. The economic crisis created by COVID-19 has exacerbated food insecurity for families as job losses and the need for food banks and other assistance continue to grow. With states beginning to roll back reopenings, more uncertainties lie ahead; families should not have to worry about access to school meals.”

The AFT remains committed to an extension of waivers for the entire 2020-21 school year. Weingarten praised legislation, the Pandemic Child Hunger Prevention Act, introduced in the House of Representatives by Rep. Bobby Scott (D-Va.), which would provide free school meals to all for the whole school year.

“Schools are the hubs of our communities, places where all students should find safety,” Weingarten says. “This bill puts our students’ basic needs first, providing schools with additional investments to serve those meals and end inequities that have persisted for far too long.” 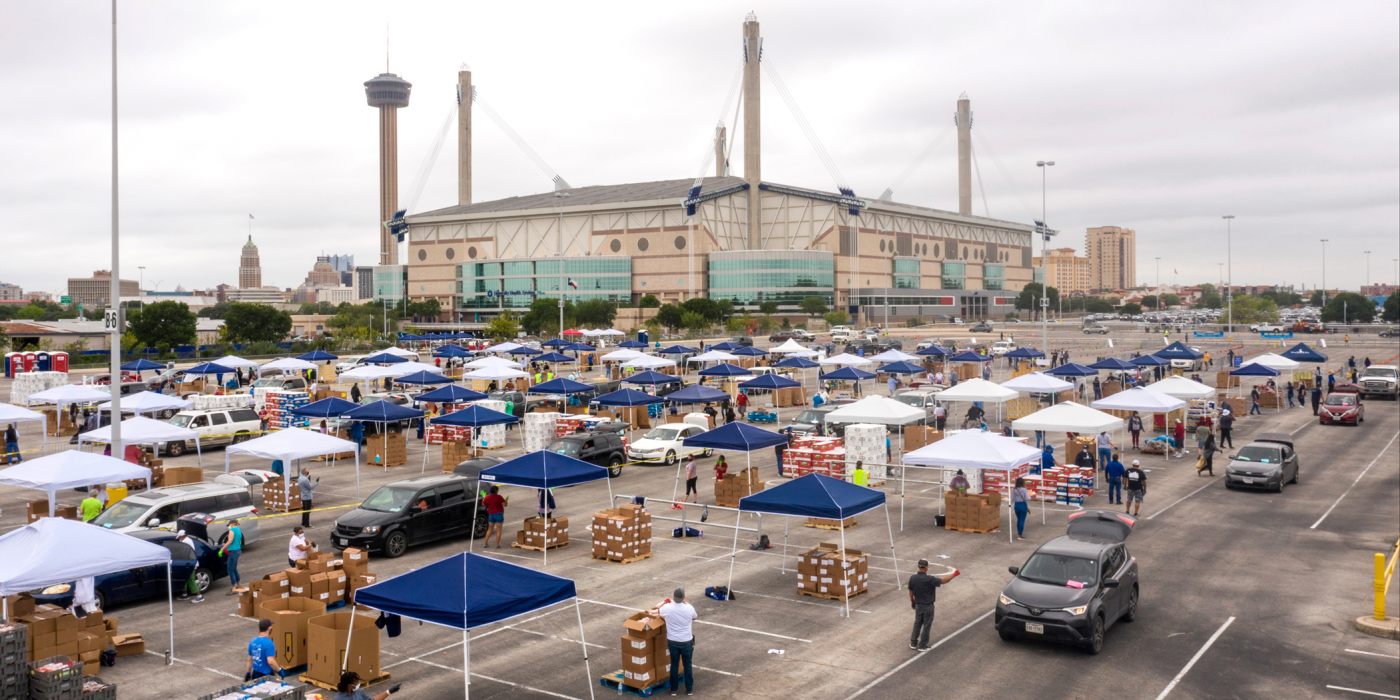 Stricter program eligibility meant the USDA only would have reimbursed meals, at a much lower rate, for children who qualify for free or reduced-price lunches. Families would have had to pick up meals at the school system or charter network where their children are enrolled. Families would no longer have been allowed to collect meals for preschoolers. And if one school meal waiver had not been extended, they would have had to make separate trips for breakfast and lunch.

Low-income kids already have become more food insecure. Once again, the first impulse of the Trump administration was to use people of less means—mostly people of color—as pawns in the president’s pressure campaign to force children into unsafe learning conditions.

The USDA’s now-abandoned plan had many flaws. It assumed that school districts have the technology to track enrolled children. It ignored the fact that some states have different school districts for elementary, middle and high schools—forcing parents with kids at each level to pick up meals at three locations. It also ignored the fact that transportation is a huge barrier for some families, and the stricter rules would have stopped providing food for younger siblings.

It’s not as though our union leaders didn’t see this crisis coming. Starting early in July, more than 1,300 organizations, including the AFT, signed letters asking the USDA to extend its school meal waivers and flexibilities for alternative food distribution through the entire school year. In the letters, these groups asked the USDA to use its existing waiver authority under the Families First Coronavirus Response Act to extend about half a dozen waivers to ensure kids would have continued access to meals.

School meal waivers are just the tip of the iceberg. For one thing, the automatic pandemic relief money that parents have been getting on their food cards has expired.

Arguably even more alarming, school budgets for food service will start to dry up soon. Most schools meet their budget because of students who pay full price for meals or a la carte items. When schools closed in the spring, districts took a hit in school meal funding, and this will happen again in the fall without federal help. As an example, AFT leaders from the Nashua (N.H.) Teachers’ Union expect no reductions in force for any of their four units this fall, but school food service staffing remains precarious.

Among those who expressed outrage at the planned tightening of eligibility—and relief at its reversal—is AFT partner Joel Berg, CEO of Hunger Free America. “Hungry kids should not be held hostage by the USDA,” he said last week, and called its Aug. 31 reversal “a major relief for school districts, hunger advocates and struggling families.” Like the AFT, he urges Agriculture Secretary Sonny Perdue to extend all waivers for the entire 2020-21 school year.

Republished with permission from the American Federation of Teachers.