We Must Make Black Lives Matter at School Every Day 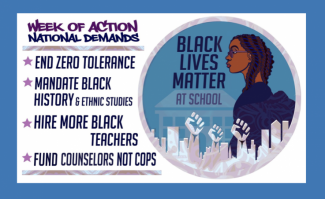 Editor’s note: As we celebrate Black History Month, we turn to the modern-day Black Lives Matter movement and Black Lives Matter at School, remembering that both stand on the foundation built by brave educators who dared to teach Black history when enslavement was newly abolished and later supported Carter G. Woodson when he founded Negro History Week, the precursor to Black History Month, in 1926.

How do we embed this concept into our lives as educators? For one thing, ethnic studies has never been more top of mind. We should always offer children content that is relatable to their lives, with approaches to learning that are more relatable, too, and that build them up.

Kids crave this. When I hear students talk about centering their own experiences and I hear educators acting as facilitators, I see such a beautiful kaleidoscope of what our world can really be when we let kids lead, when we let Black people lead. This is what it takes to create real change — a shift away from white-centered learning and toward more multicultural perspectives.

Ibram X. Kendi says, “The opposite of ‘racist’ isn’t ‘not racist.’ It is ‘antiracist.’” And if you’re antiracist, that means you are going to be breaking down systems, policies, directions. For white people that means moving past being an ally. As a Black Latina woman, I don’t need an ally. We need co-conspirators in the work. We need white people standing up and saying, “I am going to take this on,” not centering themselves, but actually allowing Black voices to lead in this moment.

"Ibram X. Kendi says, “The opposite of ‘racist’ isn’t ‘not racist.’ It is ‘antiracist.’” And if you’re antiracist, that means you are going to be breaking down systems, policies, directions."

Look at what happened in Georgia, where Black voices led the state as it elected two Democrats — a Black man and a Jewish man — to the Senate. Black women led that. Black people were on the frontlines. It reminded me of all the Black women who make up the depth and complexity of Black history as well as Black present. People like Fannie Lou Hamer and Ella Baker, who is famous for saying, “We who believe in freedom cannot rest.” We need her voice right now, because this is that moment where we cannot rest.

We must really act in this moment of multiple crises, in the many waves of a global pandemic. When COVID-19 first hit, we all started out in the same storm, but depending on your skin color we are in different boats. Some people have a little dinghy, and others are rolling through with a yacht. And for those people stuck in the dinghies? You’ve got an economy where people are losing their jobs, and a housing situation where people are forced into the streets because they cannot pay rent.

Then you have a racial uprising to say, “enough.” On May 25, the whole world watched George Floyd being murdered, calling out for his dead mother. When you are Black, you know this happens day in and day out; now everyone knows. Then we had Breonna Taylor, Elijah McClain, Jacob Blake, Rayshard Brooks, Ahmaud Arbery. Too many names to name them all.

"Black Lives Matter shouldn’t be just a week. We should be focusing on antiracist education all the time."

My 10-year-old son — a little fourth-grader — saw the beauty of the Black Lives Matter marches, how peaceful they were. He saw the Black joy and the Black love in the face of struggle and pain. And then he saw Jan. 6, the insurrection at the Capitol.

You see the two Americas we’re living in. And my 10-year-old son sees them and he says, “Mom, if those were Black Lives Matter protesters, they would have been shot dead.”

That’s why Black Lives Matter shouldn’t be just a week. We should be focusing on antiracist education all the time. Now is the time to have full liberation of a people. This is the time to radically shift the paradigm and the narrative. To think on Black Lives Matter in art, music, dance and drama. To think on joy. And to think about what it means to reopen schools in a healthy, racially just way. To think about how we need police-free schools, and how we need mental health support.

Because our babies are depending on us. 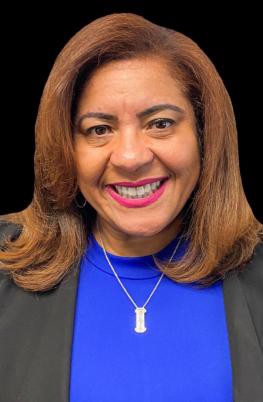 Cecily Myart-Cruz is the president of United Teachers Los Angeles, where the union has led Black Lives Matter at School initiatives since 2014, just after Michael Brown was murdered. For more on their efforts, visit the UTLA racial justice resource page. For more on AFT’s work in this space, read about the union’s commitment to racial justice initiatives.

Republished with permission from AFT Voices.