Women's History Month Reflection: The Vital Importance of the Feminist Club at Our School

The Vital Importance of the Feminist Club at Our School

Like everything else these days, our feminist club meetings are virtual. Our club, the Feminist Eagles, has been meeting every Friday at 4 p.m. on Google Meet. An average of 20 students show up every week, eager to talk about current events, learn about feminist history, dish on the latest pop culture news, and vent about school stress. More than ever, students are craving community and a brave space to talk about feminism, social justice, and just process teen life during a pandemic. As we celebrate Women’s History Month, I wanted to reflect on the the powerful lessons our feminist club, founded in 2015, taught me about the fundamental importance of empowering and authentically engaging students both online and offline.

The Feminist Eagles was founded in 2015 by a small group of students, Alex Marx (a fellow teacher) and me. Since then, our feminist club has become a weekly safe space for students. From our early days until now as we meet in a virtual space, what makes the club special is that it is student-led, except for when we have an occasional guest. Back in 2014, when students were first toying with the idea of starting the club, there was an initial hesitance about calling it “Feminist Club” because a few students anticipated some ridicule from their peers. The word “feminist” was not the popular term that it has become for Gen Z teens today. However, by spring 2015, in their first bold activist move, the students decided to call themselves the Feminist Eagles. With both males and females interested in joining, they agreed that in keeping with the definition of feminism (the belief that both men and women should be treated equally), everyone was welcome. Representing primarily BIPOC (Black, Indigenous and people of color) students, they also wanted to make sure the club focused on intersectional feminism. 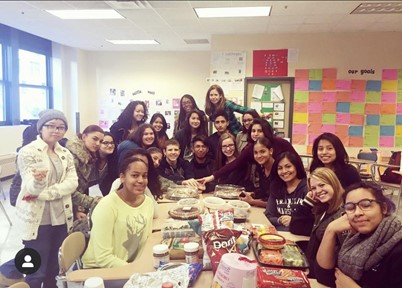 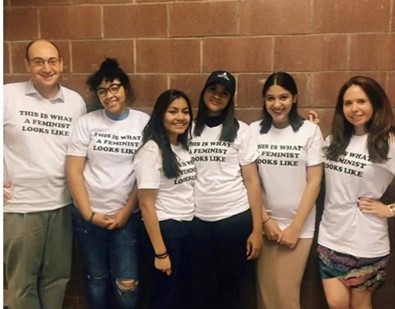 During our first year (2015-16), we spent the majority of the early sessions discussing the societal perceptions of feminism, including their fellow students and families. The students also devoted many meetings to the discussion of the concepts of consent and catcalling. Since male students were also members of the club, they discussed ways they could help our society address the toxic masculinity. At times, students shared deeply personal concerns and, every time, the rest of the group was there to provide unconditional support and affirmation. This communal sharing of past experiences was a bonding and empowering experience for the club members. I also started to notice a shift in the school community at large. For example, toward the end of the school year, a group of the Feminist Eagles challenged a teacher about how she had explained the dress code. They explained to the teacher that by telling the female students that they should cover up so as not to distract the boys, she was simply perpetuating the objectification of women. 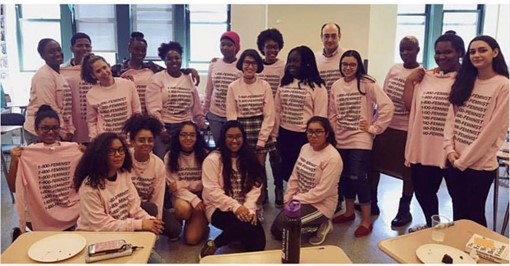 At the end of the school year, we started to think about other ways to move beyond our personal struggles to have an impact on the rest of the community. I sensed a palpable yearning among my students to channel their shared personal experiences, and desire for equality, into a larger organized movement. 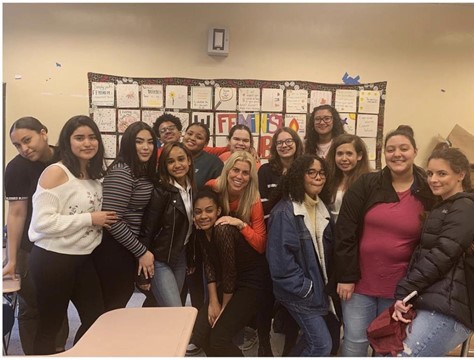 During the 2016-17 school year, the outcome of the presidential election fortified the activist mission of the feminist club. Students wanted to go beyond complaining and take bold action. The Feminist Eagles spent a few meetings processing the election results and this new “Trump Era.” However, they then forged on ahead to other topics. The students wanted to take action. The school social worker took a small group of students to the Women’s March in New York City in January. They reported back at our next session with photos and stories about partaking in the history-making moment. 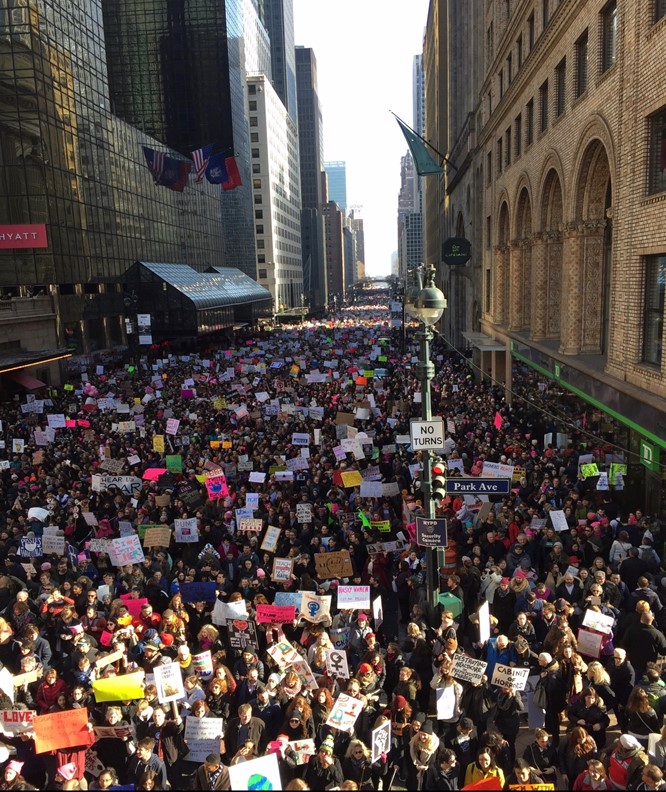 By spring 2017, as a collective group, we spent more time discussing ways to change the power structure and less time worrying about what other people thought about our feminist mission. Since then, I have been so amazed by how each new group of student leaders has helped the club and our membership grow. Some weeks I bring in special guests, including Alyssa Milano, to talk about activism and the Equal Rights Amendment. 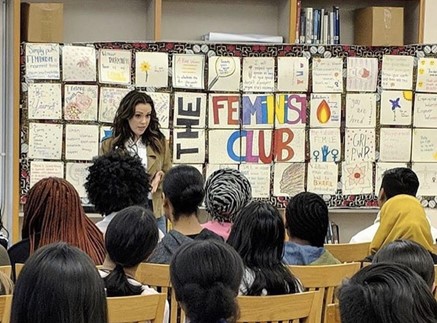 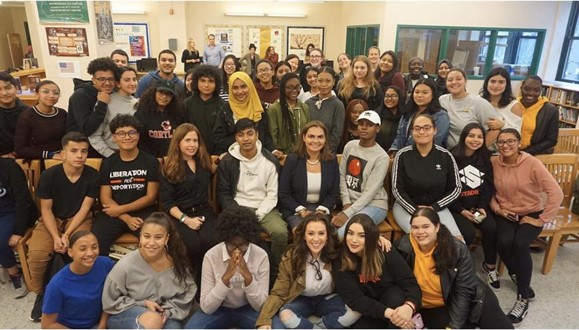 Other weeks, students run sessions on topics near and dear to their hearts, including trans rights, the importance of teaching consent, the real meaning of intersectional feminism, and problematic song lyrics. The club became an oasis for students with shared common values around social justice and equal rights. I watched with pride as more and more club members started to become more confident in class and began to rally around other social justice causes that intersect with the feminist movement, including March for Our Lives, the Youth Climate Change Movement and Integrate NYC, a movement to desegregate New York City’s public schools. We even had club leaders give presentations to the school staff about important issues, including trans rights. 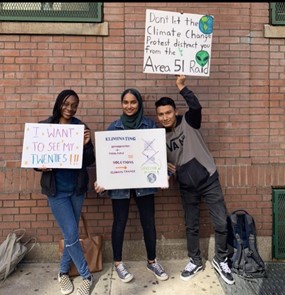 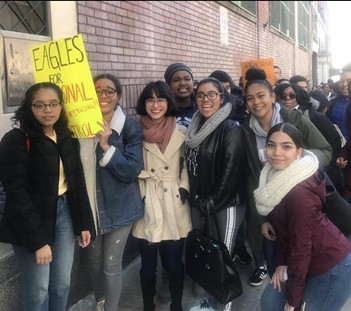 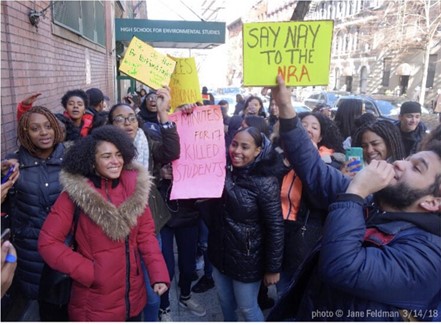 The Feminist Club Braves the Pandemic

Our last in-person club meeting was March 2020 when we created beautiful artwork celebrating Women’s History Month that was to be displayed around the school. The students were looking forward to raising more awareness about women’s rights around the school and recruiting even more members into the club. 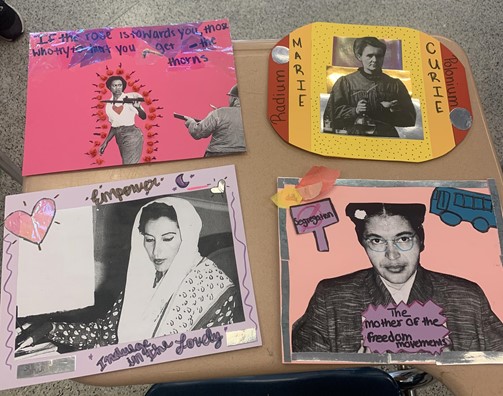 The fact that our feminist club has continued to meet throughout the entire remote school year is a testament to the important role the club plays in our students’ lives. Like every other school year, we have a group of seniors acting as leaders of the club, and they have done an incredible job inviting freshmen into the club, students who have not stepped foot into the actual high school building yet. Students tell me they cannot wait to meet on Fridays. Some weeks, we have just talked about celebrity crushes and their latest binge watches. The other week, a student did a comprehensive history of the feminist movement and the importance of it staying intersectional. Visitors this year have included: Fred Joseph to talk to us about his book, The Black Friend: On Being a Better White Person; Kelly Pollock, the co-host of “Two Broads Talking Politics;”  and actress Tara Strong. 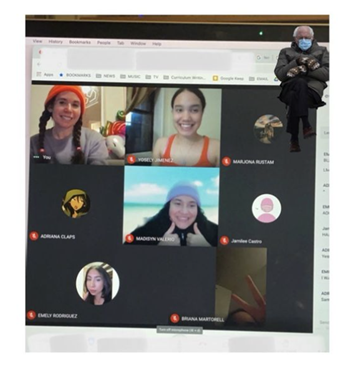 Recently, a student leader presented to the group about the history of the Equal Rights Amendment, and Santiago Mayer, the founder of Voters of Tomorrow, shared with students ways they can raise awareness about the mission to get the ERA passed.

I can’t wait to transition back to full in-person school soon so we can have our club meet in an actual classroom again. However, whether we meet IRL or virtually, the Feminist Eagles club will continue to empower our students within the school community and beyond.