The Little Union That Could

My first and only teaching job for the past 11 years has been at Olney High School in Philadelphia. Even though it’s a charter school, I didn’t go into teaching hoping to be a charter school teacher. A decade ago, Olney Charter was forced to hire under awful circumstances.

Let me explain. There was this “turnaround” thing going on, and Olney was chosen as a turnaround school. The city’s school reform commission told parents they could vote on whether Olney would become a charter or a district turnaround school. Parents voted for a district school but the commission overruled them, saying parents could choose between charter organizations. So, we became an Aspira charter. It’s not the worst charter operator ever, but still — Olney became a charter school.

Meanwhile, the school district had a hiring freeze. That meant that if I wanted to start working at a Philly school in 2011, it would have to be a charter school. I sent out more than 30 resumes, and the only reply was from Olney. Things sure were different back then! I got what turned out to be my dream job and I was happy just to get a job.

With 1,800 students, Olney is the third-largest school in Philadelphia. I teach English to Speakers of Other Languages (ESOL). By now I’ve taught 10 or 11 different courses. This year, I’m teaching Senior Seminar and Beginning English.

"It’s 100 percent still my dream job. I love it here. It’s the connection and pride you can only get at an old neighborhood high school. We call it “Olney Love.”

Once, one of my students transferred to a higher-rated high school and later came back to visit. I asked how she liked it and she said: “Oh, it’s all right but my teachers don’t love me as much.”

In Pennsylvania, a charter granted by the school district is good for five years. After that, it is reviewed and renewed (or not) by the local district. In 2016, the district’s charter office recommended nonrenewal for Aspira, based on insufficiencies in three areas: academics, management and finances.

Despite continual delays, the school board finally voted in 2019 not to renew Aspira’s charter for Olney. Aspira appealed, and the decision was delayed for years. In early 2022, an appeals board voted to uphold the nonrenewal. Aspira continues to attempt appeals, but we fully expect Olney High to become a district school as of July 1.

As it happened, in 2019 we also were about to go on strike over our expired contract. We were bargaining, which our employer had delayed and delayed and delayed. If these charter organizations won’t bargain, they should never be renewed, and that’s what we told the school board.

The district was a little spooked about a potential strike and asked to meet with us. That friendly meeting stood us in good stead, and we’ve had frequent meetings ever since the nonrenewal was upheld. In these times of staff shortages, the district is desperate to keep employees. Whatever else happens this summer, Philly will have to hire about a thousand teachers for the fall.

When I started at Olney, it was a nonunion school. But five of us were in a carpool together, and several of us were connected with organizers from AFT Pennsylvania. We all thought organizing was a good idea, and by spring of 2012, after some meetings and training, our carpool got together with a couple of other co-workers plus some chips and guacamole.

Our agenda ran something like this: “Discuss concerns and decide if a union would address these concerns. If so, organize a union. If not, have some beer.” We ended up organizing a union

By August, AFT Pennsylvania was involved (thank goodness!) and by the following spring, our organizing went public.

As we organized, the charter operators threatened us in groups and individually. They hired expensive union-busters. You know what’s happening at Amazon and Starbucks now, with all the intimidation, cutting of hours and firing of workers? That’s what happened to us. They fired someone on our organizing committee — together, we got him back.

It took another two years for us to fend off their tactics but on Thursday, April 30, 2015, we finally got our election and won in a landslide: 104–38. AFT Pennsylvania and the AFT national union could not have been more generous in their support. After the vote, they said: “Y’all have yourselves a union.” I can still hear our cheering!

Now that our school is becoming a traditional public school again, we will be proud members of the Philadelphia Federation of Teachers. It will be a big switch from our little Alliance of Charter School Employees to a mighty local whose members can fill an arena.

I’ll miss my first union local — it’s near and dear to my heart — but I’ll be so glad to be part of a bigger union. PFT was one of the AFT’s first affiliates (@PFTLocal3) and, at 13,000 members, it’s still one of the largest.

Our school’s staff have been very loyal to the union. It’s our home, our union. One of the benefits of being a tiny local is that if someone comes to us with a problem, we say, “Great! Get a committee together! Let’s fight and win!” In a little local with no staff release time, it’s all about building our own leaders. And being part of organizing the AFT’s Young Workers group has brought me even more mentoring and camaraderie. We believe that if there’s no union, there’s nothing good.

All the things we’ve won — especially on safety issues — are because we’re a union. Here’s an example: Aspira tried to force us to go back to the building in person before the public schools did, and as soon as they announced that in March 2021, we gathered half our staff on Zoom to call the other half. We didn’t ever go back to the building last school year, and we’re one of the only schools that didn’t. Given the high incidence of COVID-19 and low vaccination rate in the neighborhood at the time, it just would not have been safe.

Then this past December, one of our students died of COVID-19. It was an unnecessary, intolerable tragedy. We organized around it so that, in the future, we’ll be able to keep our kids safer. We forced the school to go virtual leading up to winter break, and we collaborated with a city councilmember to host vaccine clinics at school in February and March.

Another thing: Our current charter leadership has given us no information about the transition to the district because they want to pretend it’s not happening — but we have all the information. That’s because we’re a union and, as a union, we’re in touch with the district and working closely with our new principal, who we interviewed and recommended. It is very union at our school. What’s wonderful about having a union is that whenever people have a problem, we say OK, let’s decide what we want and we’ll start organizing or bargaining around it.

"Let me also say this: Union work is a valuable thing to learn. I thought organizing charters could be a finger in the dike of privatization — I didn’t realize that unions could actually reverse privatization. It’s a game-changer. With more charter organizing nationally, I think we could end school privatization."

No charter operator wants a union. This is a good reason to put unionization behind charters. Organizing drew attention to financial mismanagement and other wrongdoing at Aspira, which eventually brought it down. Organizing is expensive and slow, but I think it’s worth it. Organizing has given us a revitalized labor movement that’s whipping across America. And organizing defends public education.

As we transition back to being a district school, our PFT members at Olney will have a much greater impact. If we put in this much effort, I want it to make things better at more than one school. I want our wins to improve the whole district. I’m really glad we will no longer be a charter, and I’m really glad it was our union that did it.

Many have brought attention to things that are wrong at our school — but it’s the union that first drew attention to these things and proposed ways to fix them, so that we can become better. I’m just so excited for what’s to come. 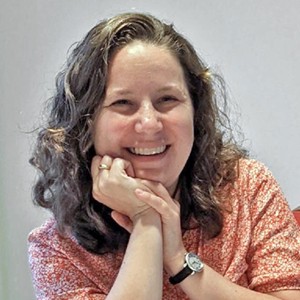 Sarah Apt is a high school ESOL teacher at Olney High School in Philadelphia, the former local president of the Alliance of Charter School Employees, and a proud future member of the Philadelphia Federation of Teachers.